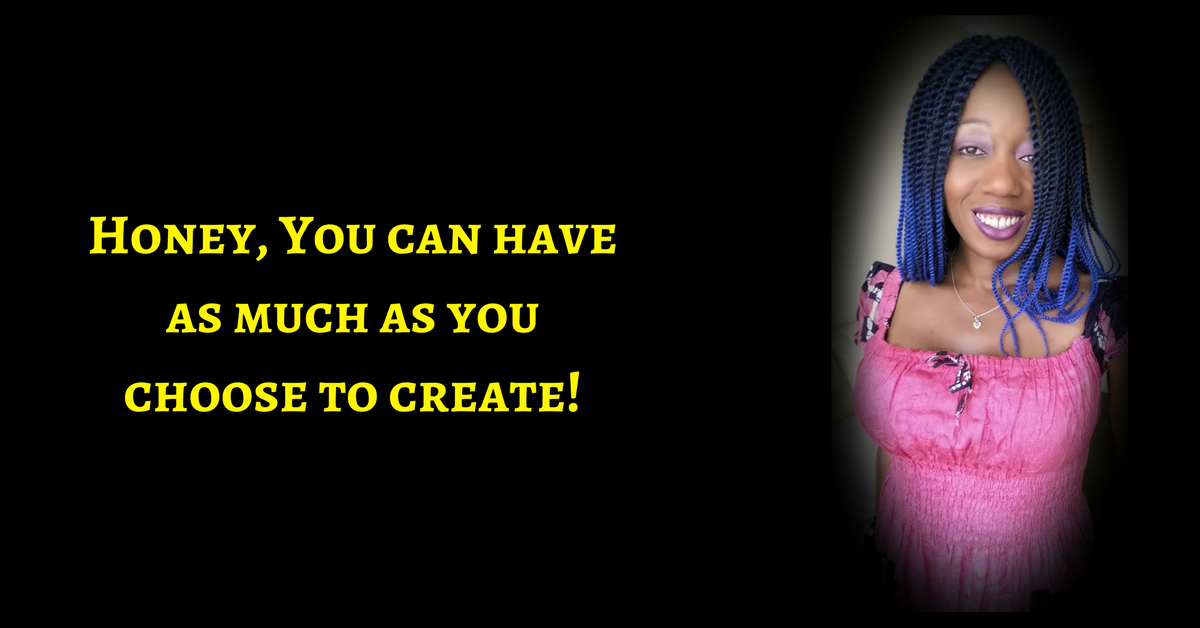 You Will Not Be Punished For Wanting Money

Do you ever get a little scared that you will be punished for wanting lots of money?

In fact, I was SURE that because I wanted it so bad, the punishment from god would literally be that I could NEVER have it.

Do you think that it is greedy to want to make lots of money?

Do you sometimes think that you are simply not spiritual enough if you want to make money?

And do these thoughts make you pretend that you don’t want it when you really do?

And how is that working out for you?

Still just over broke by any chance?

Honey, you cannot repel and attract something all at the same time…

You gotta make up your mind – Do you want money or not?

And be clear what your choice will mean.

If you realise that you do not want money, then you will never have all that much of it – Just like now.  You will probably have just enough but there will always be a feeling of scarcity around it.

If you finally allow yourself to want what you want then honey, you gotta get deliberate about it!

Write down EXACTLY how much money you want.

Also write down where the money will go – Savings, investment, new house, new car, travel, reinvest in business, honeymoon, private school for the children – GET CLEAR!

And also start daily to affirm that this money is coming to you easily, just by being you.

So ask for it.

And prepare to receive it by taking action to make it so.

Get clear on what you do want.

Get clear on EVERY LITTLE THING you do want.

And then start to affirm that it is so.

And also take action as though it is so.

I know, I KNOW it all seems a little woo woo and crazy to think that you can just affirm it and then receive it…

Well, do not forget there is action in the middle there – Both inner and outer action.

Affirm it, for sure

Then take action as though it is so (I know I have said it like 3 times now but I don’t want you to miss it!)

And you will get it.

Don’t you see that everything in your current life was created by what you chose to believe was true?

You affirmed and affirmed it to yourself – I have to do this job I hate, to make just enough money to get by.

You may not have said it in so many words but your actions prove it every freaking day!

And probably others affirmed it to you as well – Your parents telling you that you cannot expect to make money from writing or music or maybe they even told you that you were not cut out for business so you had better get to school and hit those books so that you can work for someone else’s vision for the rest of your life.  It is supposedly a sure thing, right?

Your friends, as well, telling you that you cannot have your cake and eat it – Whatever that means…

And you went along with it.

Because well, you did not know any better…

And you create a life just like you expected to…

Doing work that, if you are lucky, is okay to make just enough to get by.

I know you think you expected more from your life but did your actions tell your brain that?

Because if you are acting the same as everyone around you, then honey, it would seem that though you wished for more, you did not really expect to get more.

So you acted based on what you expected.

To be punished for wanting money

To have to do things you hate to make money

To have just about enough to get by.

Are you fed up of this now?

Are you ready for things to change?

Time to start affirming something new…

Time to start ACTING as though you expect something different

And if you get pretty deliberate about this, YOUR LIFE WILL CHANGE!

Financial abundance is inevitable to those who decide that it is happening and refuse to quit until it does.

Will you be one of those?

Leave behind the pain and limiting beliefs of the past.

Pop over to https://mibusiness.lpages.co/the-abundance-library/ and get started now.

Time with family is precious. These years fly by s