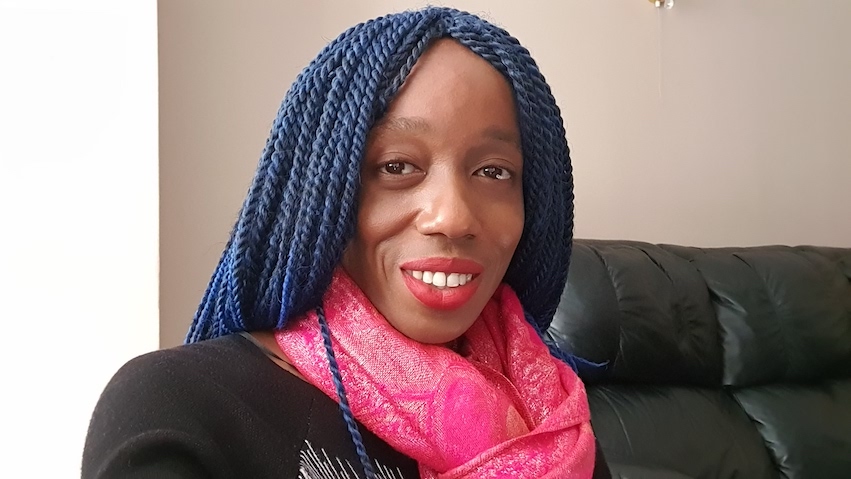 They Told Me To Ignore It, To Live With It & For A Long Time, I Tried

By Rosemary Nonny KnightOctober 5, 2020Self Development
No Comments

“It is not that bad, Rosemary.  Stop being so dramatic/childish and get on with it.”

Says the voice in my head.

The voice of self-betrayal.

As I tried to fit my round self into a square shaped hole…again.

Every so often the real me would just not be able to pretend anymore and I would say something, do something and I would have other people telling me that how I felt, what I thought, what I did to save my own sanity, was wrong.

They threatened me, wordlessly, with ostracisation, with being alone and without love but I already felt those things and yet, still I tried to be what they wanted, I tried not to see the injustice, I tried to push my big bold self down into a teeny tiny space and do what I was told.

I was female, after all.

I had to submit to the men… right?!

So many times, I saw young wives, who had come to the elders for help, being sent back home to their unfaithful, sometimes violent men and told to ignore it, to be a ‘better’ wife, that this is just the way things were.

These were educated, powerful women and yet, in the face of their family and the threats of being an outcast, they would go back to the violence, the emotional battery and they would also teach their daughters to do the same thing.

I had female friends, desperate to get married, tone their natural boldness down so as not to scare off men.  They literally told me confidently that they would die to themselves in order for any man to please just marry them.  They forgot that this was not just one day.  THIS WAS YOUR WHOLE FREAKING LIFE of being whatever some man told you that you had to be, to keep him happy.

I had female relatives give up true love relationships in order to marry a ‘successful’ man who had spent his entire youth sowing wild oats any old place in the UK and USA and then in his 40s, he decides to come back home to Nigeria and find a nice young virgin to be his bride and everyone was supposed to be happy about it.

The thing is, that females were terrible to other females.  It was their only outlet and if they were going to suffer in painful lives then they were going to ensure that EVERY FEMALE, even their own children!, suffered in a life that she did not enjoy and so, no one ever spoke up about the obvious injustices.

And in fact, mothers betrayed their children all the freaking time, in order to keep the facade going and in order to avoid being thrown out of the tribe.

We were all supposed to play along and just pretend that all was well.

(And then I listen to ladies of colour from the USA or UK talking about going back to their African roots and religion, about how the USA/UK is not good for them and all that nonsense and I think “YEAH RIGHT, you did not live in Africa and you are longing for something that does not freaking exist OUT THERE but I guess they will put on a show for you when you come with your dollars or pounds and you will feel like you got the authentic Africa when all you got was the facade”)

But all that is just obvious nonsense.

The real painful stuff is the stuff I did to myself.

How I ignored my own inner knowing.

How I downplayed my own feelings and told myself to just keep putting up with the nonsense because of ‘love’.

How I would smile and go along with things when everything inside of me, felt this was not good for me. I would convince myself that it did not matter, if i did it just this once. (It was never just this once)

How I tried so hard to fit in, to be what they wanted, in between attempts at self-preservation.

I kept trying to tell myself that I was making too much of a big deal of it.

I did not back myself.

And that is where the major damage was done.

Not just in Nigeria but even as I came to live in the UK.

I made other people’s opinions about me, more important than my opinion of myself.

I SHUT MYSELF DOWN to try and fit into a world that needed me to be small and controllable, for whatever reason.

Whether it was at the various churches that tried to tell me what behaviour/ thinking was acceptable to the Divine and worthy of heaven, instead of an eternal spot in hell.

Whether it was at the various jobs where I had to be whatever I was told I had to be in order to be worth whatever pittance they decided to pay me.

Whether it was with my family where no matter what I did, I just never quite felt good enough and I just could never quite play along with all the nonsense.

Finally, it got painful enough inside that I stopped downplaying how I felt.

I stopped telling myself that it just was not that bad.

I actually listened to me and stopped trying to make excuses for everyone out there.

I actually gave myself permission to forge a life without unnecessary pain.  Pain that was almost always delivered to my doorstep by those I loved and tried to protect.

I stopped trying to justify myself and my choices.  It is enough that I just don’t want to anymore. ‘NO’ became a complete sentence.

I feel the mass-mind conditioned guilt and I release it to the Divine who I discovered was not as harsh a taskmaster as I had been taught to believe.

And I stay connected to the Divine and go deeper, deeper, DEEPER to my true source of love and everything I need for a great life.

I keep my eyes firmly fixed on my vision and I keep stepping.

I am certainly not perfect.

And the hooks to my old life go deep so this uncovering is an ongoing work.

But I love me.

I really truly love me now.

And I am no longer willing to throw myself away in favour of other people’s demands and conditions.

I am no longer willing to betray myself for ‘love’ or money.

Come do this FREEDOM life with me in the DELIBERATE MILLIONAIRE ASSEMBLY.

If you are done with silencing yourself in order to give everyone else a voice.

If you are done with feeling forced into a box that does not suit you any more.

If you are done with living beneath your true potential.

If you are ready to face your demons and rise.

If you are ready to fall in love with the Divine more intimately than ever before.

If you are ready to fall in love with yourself unapologetically so that you can VERY DELIBERATELY bring your most prosperous vision to life.

Then come do life with me in the Assembly.

This journey will stretch you.

And yet, it is the most powerful thing you can do for yourself and for anyone you love.

It is also the only way you will have the impact you desire on the planet.

Come find out all the details at https://mibusiness.lpages.co/the-deliberate-millionaire-50-discount/.

I look forward to getting to know you more.

It is like you are trapped in a dark, dark place b

When growing up, I was told that I had to take the

❤️✨👉"If only you could see you like I see

Sometimes, you only see what the journey was about

You always end up coming full circle It is just e

THAT APOLOGY YOU ARE WAITING FOR, MAY NEVER COME..