The Parable of the Talents – Use them or Lose Them – It’s up to you! 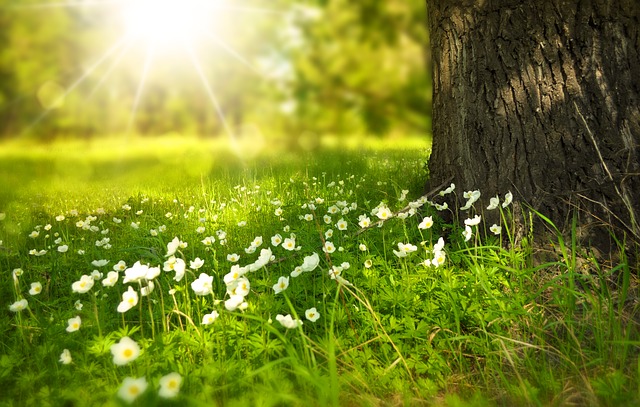 Talents! – some people have a lot, some have a little but we all start out with something.  Lets me share the parable of the talents with you…

“It’s also like a man going off on an extended trip. He called his servants together and delegated responsibilities. To one he gave five thousand dollars, to another two thousand, to a third one thousand, depending on their abilities. Then he left. Right off, the first servant went to work and doubled his master’s investment. The second did the same. But the man with the single thousand dug a hole and carefully buried his master’s money.

“After a long absence, the master of those three servants came back and settled up with them. The one given five thousand dollars showed him how he had doubled his investment. His master commended him: ‘Good work! You did your job well. From now on be my partner.’

“The servant with the two thousand showed how he also had doubled his master’s investment. His master commended him: ‘Good work! You did your job well. From now on be my partner.’

“The servant given one thousand said, ‘Master, I know you have high standards and hate careless ways, that you demand the best and make no allowances for error. I was afraid I might disappoint you, so I found a good hiding place and secured your money. Here it is, safe and sound down to the last cent.’

“The master was furious. ‘That’s a terrible way to live! It’s criminal to live cautiously like that! If you knew I was after the best, why did you do less than the least? The least you could have done would have been to invest the sum with the bankers, where at least I would have gotten a little interest.

“‘Take the thousand and give it to the one who risked the most. And get rid of this “play-it-safe” who won’t go out on a limb. Throw him out into utter darkness.’

This parable of the talents has been around for thousands of years and yet it carries principles that apply to every day life.  Let’s take it apart and see how it affects you in business, in life, in finding fulfilment in your life.

The Parable of The Talents Lesson 1

As I mentioned earlier, we all have talents.  As seen in the parable above, some people are gifted with a lot of talents and others have fewer talents.  That seemed to make little difference to the reaction of the master.  What he seems to want is that the servants do something with everything, anything they are given.

So, how many times have you told yourself you are not gifted or that there is nothing useful about you?  Is that true or are you using it as a cop out from living life?  Everyone has something they can do, they just need to dare to discover it.

The Parable of The Talents Lesson 2

Creation is key.  If every one takes the time to use the gifts they have to create more, then imagine what the world would be like.

There is so much fear around the idea of using up all the earth’s resources.  Humans are supposed to be bad for the planet or so we are told.  And so we spend all our time conserving resources or fighting others for resources.  What if every human tapped into their creative power, could we find solutions quicker?  Could we find alternative power sources, could we learn new ways to sustain life?

The Parable of The Talents Lesson 3

There is value in service.

Some of us are petrified by the idea of being a servant.  In fact a lot of people would have stopped reading as a result of the fact that it talked about servants.  The truth is, we are all here to be of service.  It is the highest form of human potential to live to serve people rather than please them.

When we are consumed with pleasing people, we are limited in what we will do.  We are worried about how we come across so we dare not step into our full power.  We are constrained by what we think others think of us.  The truth is that hardly anyone thinks of us as much as we think they do.

All that happens is that we live half a life, forever scared.

The other possibility, if we use our talents and step fully into our power, is that life begins to be exciting and adventure becomes a part of everyday life.  We feel fulfilled and happy because we are truly serving a purpose greater than our selfishness and need to appear good.

Again, there is no need for competition because we each are unique.  And even if we are in the same business, writing a book on the same topic, it will always play out differently.

The Parable of The Talents Lesson 4

The problem with the final servant was the fact that he allowed fear to determine his actions.

I have this vision of this dude spending a little time thinking of things he could do and running permutations through his mind, trying to get super educated on everything, attending all the workshops (the free ones), reading all the information he could find on the internet.

He is trying to get all his ducks lined up and he keeps hesitating on making a start.  At some point, he makes the decision that the safest thing to do is to carry on with his life as normal and try not to lose the master’s money.  He can see his colleagues doing things but he tries to discourage them whether or not they ask for his opinion.

A part of him is jealous of their daring but he would never admit that.  He just tells himself and anyone that will listen that they were born lucky and the master favoured them which is why they are doing well and he is not.  “If only” he says; if only the master had given him just a little more than he could have tried to do something with it.  However, as he only had the one, he had better not risk it.

He wakes up each day with a dull feeling of doubt and dissatisfaction but he listens to the news, watches TV and generally finds ways to distract himself.

And too many people get caught in this cycle where they look for evidence of their inability to take action.  They blame external circumstances and refuse to step up and act in faith.

It is not the result, it is the journey of growth that occurs as you step out of your comfort zone.  That is the point.  I do believe that if this servant had tried and failed but given it a go anyway, the master would not have been as disappointed.  Maybe because there is no way to fail as long as you keep moving forward!

Of course, I do not know for certain but the focus of the master’s anger seemed to be the lack of any kind of useful activity.

Friends, choose to use your talents despite fear.  Choose to live to your full potential.

Do you see any other lessons in the parable of the talents?  Share them in the comments below.