Where does Success Originate From?

By Rosemary Nonny KnightFebruary 11, 2015February 24th, 2015Self Development
No Comments 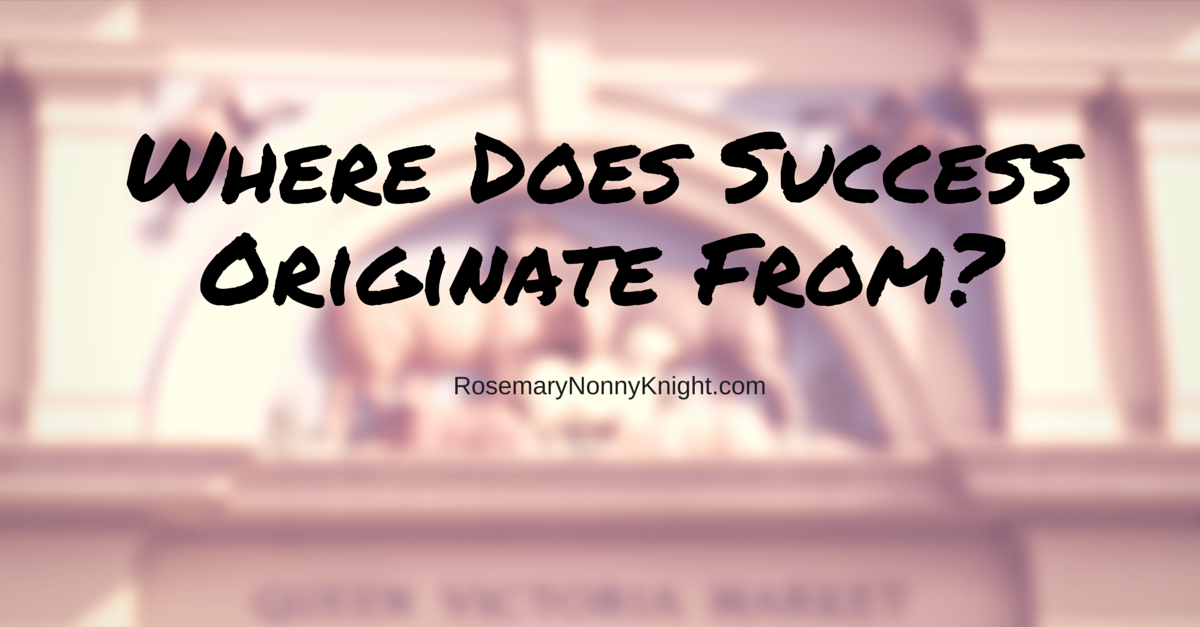 There is a story of two family members emigrating to a new place to set up farms. They built up their businesses until it was no longer feasible for them to do everything together so they decided to split up and continue to build separately.

Fast forward a few years, the younger person has lost it all whereas the older dude has built up even more of a spread.

OK, so what is the point?

Yep, on the face of it, it looks like greed does not pay and I suppose it does not but the other thing I see in this story is that you tend to get what you expect.

The younger expected that the only way he would do well would be if his external environment was right in every way. So, he chose to take the best parts of the land to ensure his success.

Whereas the older dude knew that whatever he got, HE would make the best of it – It had nothing to do with his circumstances at all. He knew that the wealth was inside of him so he was open and free and offered the best to his younger relative without trying to grab the best for himself.

Do you believe that wealth lives within you or do you think that your circumstances, your upbringing, some other external thing will make or break you?

If you believe the latter then you know that whatever life throws at you, the REAL YOU will always break through and make a success out of anything. It may take hard work but you know it is only a matter of time before external success follows what you know is already true inside.

If you believe the former, you will steal, kill and destroy people around you to ‘get yours’ or you will roll over and let life happen because you feel life has dealt unfair blows that you are unable to combat. You will be a victim of circumstance instead of a victor and your results will show through – now or later.

Choose the latter! Realise that your wealth and success is going to come from inside of you which does not mean you roll over and let things happen to you –You still have to make bold, strong decisions.

It does however mean that you feel easy inside. No more fear because you KNOW the work you are doing now to build your business & to create a life you want, will inevitably lead to your personally defined success.

If you would like to develop your skill at creating successful business, then let’s have a conversation –RosemaryNonnyKnight.com/rapidbusinessgrowth

Self belief is a choice. . A choice you can make i

It is love, you know?! . Love energy that permeate

To me, discovering your true design is absolutely

SOME DAYS, I WONDER IF I AM CUT OUT FOR MY VISION.