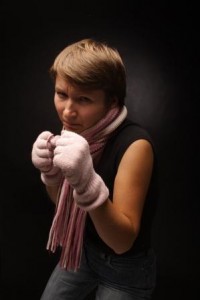 Today, we talk about the Action Stage.

Amy had decided after some research and speaking to the professionals that she would take part in a group exercise class twice a week – She chose Zumba and bums, tums, and thighs.  This seemed like a great idea as she was uncertain how to keep herself motivated if she tried to exercise alone.  She figured that picking up exercise was going to be a difficult road to start with, so the temptation would be great to give up mid-hour if she did something on her own.  With other people looking on, she was more likely to go on to the end.

She had also decided to go to her local diet club.  She had met with the leader and found her to be very encouraging so she figured she may as well give it a try in order to understand better the best foods to eat and in what quantities.

She had been doing this now for about a fortnight and was finding it all quite exciting and exhilarating, particularly when she looked at the scales once a week and realised she had lost weight each time.  If she carried on like this, she would be thin in no time.  It was a case of action inspiring more action, she was loving it.

Every so often she had popped in to see the pharmacist and had a quick chat telling her what she had been getting up to.  The pharmacist was so encouraging and mentioned again the possibility of using Alli now that Amy was getting her diet under control. She was tempted to consider it seriously as it used to be only available through your general practitioner.  She did however want to try by herself without any help to start with.

Suddenly, she felt as if life had opened up again to her.  She was making a change and seeing the result of putting a little effort in.  Yes, there were hard days but knowing the end goal kept her on the straight and narrow.

Are you ready to take action?

Whatever your goal is, financial freedom, weight loss, becoming a better parent, a more satisfied, grateful person, anger management, whatever it is – Prepare by making a plan and take action.  Results are found only as you take repeated action.  I remember listening to a sermon given by Tloml a few years ago where there was a description of how it is easier to redirect a moving ship than one staying still.  This is so true, by taking some form of action, we can refine as we go along whereas sometimes the trying to think everything through too completely can result in no results whatsoever because we never get past the thinking stage.

Thanks for reading!  Please join in by filling the form to the right or leaving a comment.

WHY DO MOST PEEPS FAIL? They never committed to wi

For too long, I allowed my fears about how I come

You are the authority in your own life You are no

Everyone is looking for THE MAGICAL CURE TO FEAR.

You can keep living to the definitions that others