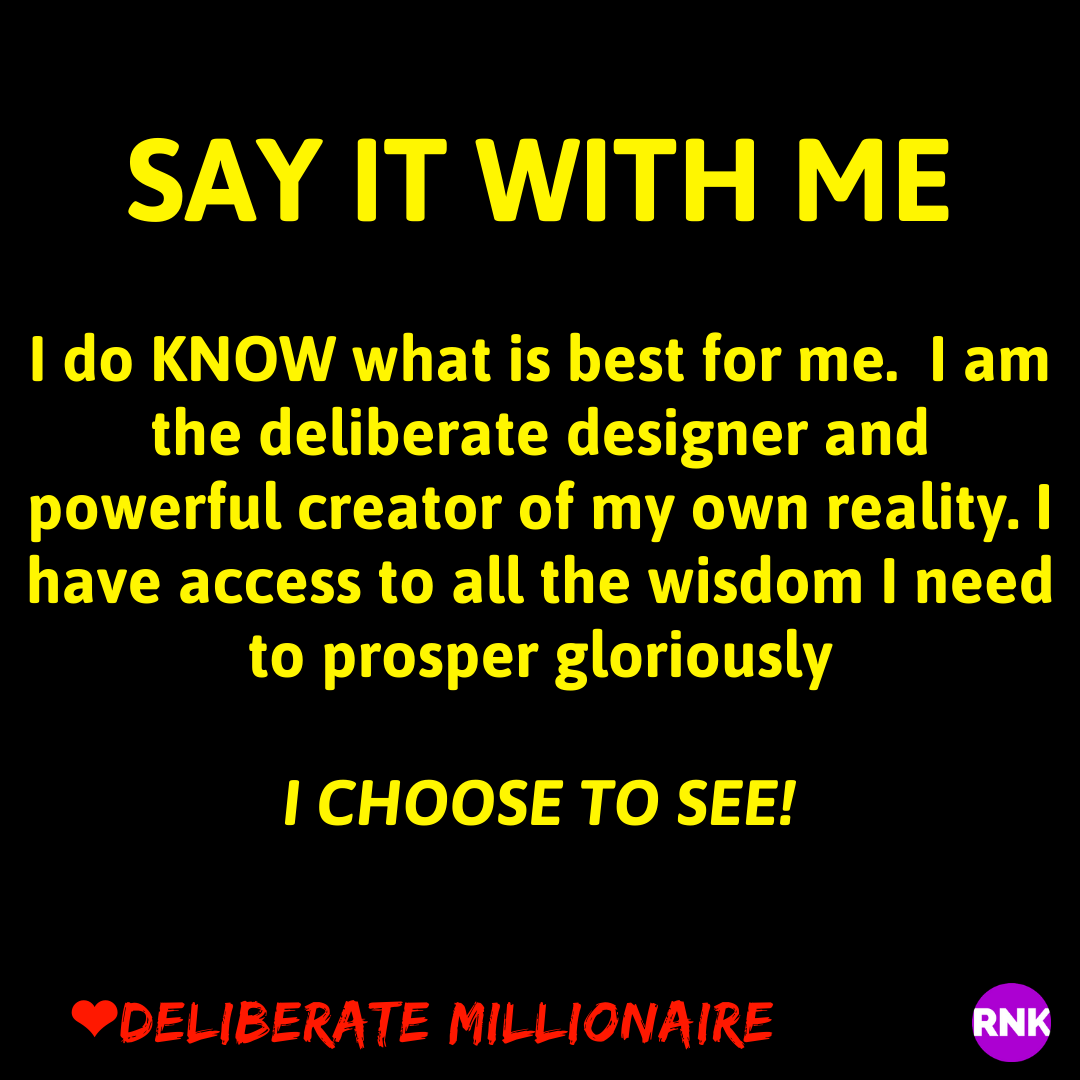 Pay Attention To Yourself

People fascinate me with their deep desire to hide from themselves.

Their refusal to see what is driving them.

Their fear that looking under the hood of their mind will result in some horrific mental breakdown from which they will NEVER be able to recover.

And then they worry and complain when things do not go the way they had hoped because they did not do what they needed to do to create the situation they claimed to have wanted.

But they have all kinds of great sounding reasons why they could not have taken action.

And THEY ARE CONVINCED that the negative result was outside of their own hands.

When obviously, if they were paying even a little more attention to themselves and their own thoughts, they would have realised that they were reacting to a limiting thought.

A limiting thought which, OF COURSE!, limited them.

A limiting thought that has been playing in their mind for so long, without question, that they now accept it as just the way things are.

But it is not just the way things are.

It is the way these people have chosen that they will now be.

They can choose again.

YOU CAN CHOOSE AGAIN.

Stop being such a stuck-in-the-mud and be willing to look within and see what limiting beliefs are driving you.

You think it is pointless, I know.

You think it is a waste of time when you just need to get on and do some other thing.

And yet, you are wasting more time by not seeing what is really driving you and making a CLEAR DECISION as to whether you want this to CONTINUE keeping you from the results you claim to want.

The answer is not to more swiftly rush in the direction you do not want to go in, for goodness’ sake!

The answer is not to keep doing more and more of the things that continually get you the results you DO NOT WANT.

That makes no sense.

PAY ATTENTION TO YOURSELF, will ya?

There is a mine of information at your fingertips, telling you why life is playing out the way it has played out for you.

It is not that hidden.

A little attention will uncover the truth, if you are willing to SEE!

Come work with me in the DELIBERATE MILLIONAIRE ASSEMBLY if you are ready to see what actually holds you back.

It is not as hidden as you think.  You are simply accustomed to believing the nonsense and have deliberately chosen not to see.

If you are ready to see and you are an action-oriented spiritual person who wants to empower other and create wealth living in their true design, come into the DM ASSEMBLY.

Everything you need to live an extraordinary life of peace and plenty is in there.

Plus live coaching and healing with me.

Pop over to https://mibusiness.lpages.co/the-deliberate-millionaire-50-discount/ to get the details and to get started for just $37.

You are that person who KNOWS you are capable of m

You are fully loved and fully supported. . And I k

Decree those words. . Let them seep into your soul

You have been taught to put yourself last. . You h