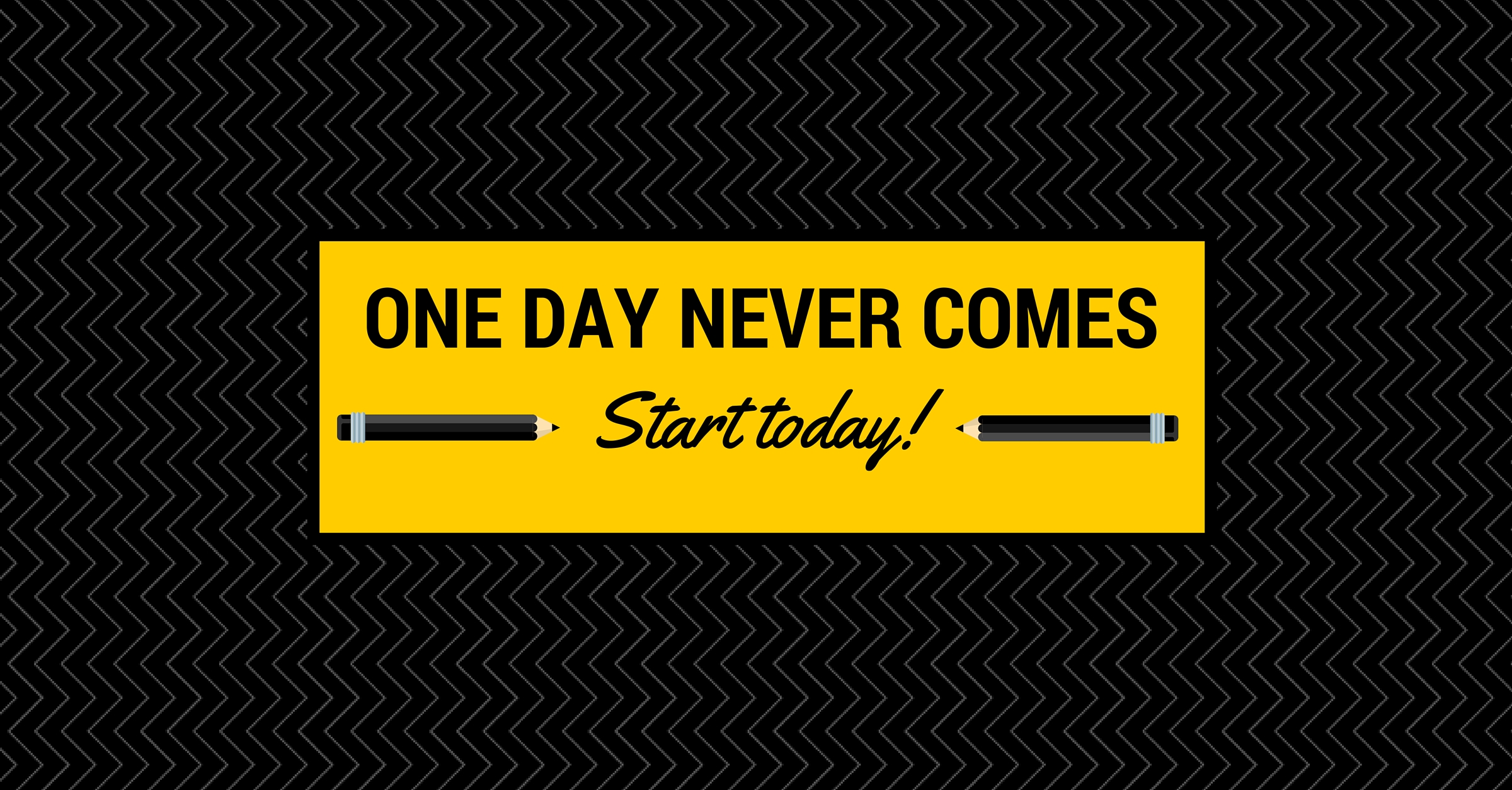 For the longest time, I thought that one day, some ONE DAY in the future, I would step into the life I felt absolutely born to live.

However, I had stuff to do first…

People had certain expectations of me…

I had these responsibilities…

I had a lot of debt…

I was scared I would be alone if I really tried to live out the life I thought I was born to live because surely, I wanted too much.

I wondered why I could not just settle into doing what the ‘norms’ did and so I gave the normal life, a good go.

And possibly, I could still be doing that.

With the aching internal dissatisfaction that called out to me over and over.

I could still be saying “No worries, one day, I will do it.”

As if I was promised forever…

And you are doing that right now, aren’t you?

Pretending you have forever…

You take so many sideways steps to creating a business you think will make you money in two seconds flat and it doesn’t!

So, then you face the choice of returning to your boring existence or making a real decision to focus on what you are born to do and doing that.

You have some knowledge inside of you, a skill, an ability that makes you come alive but it does not seem to be making you money yet and instead of focusing on it, you keep going off to do some random business that looks like a sure-fire winner until the moment when you lose the will to live and you wonder why life feels so tough all the time.

What if you just focused on building life the way you want it?

What if you just decided I am going to get this life and I don’t care how long it takes, IT IS GOING TO HAPPEN?!

What if you recognised that you have a message that could really make a difference to people and instead of getting distracted with magic bullets, you just focused on DOING THE WORK to make it work?!

What if you became an unshakeable force of nature, not some wimpy person, who backs down at the first sign of trouble?!

And the thing is, you are already strong anyway!

The things you have done, are amazing and yet, you keep pretending that you can’t do this.

And I just wish you would!

Aaargh, honey, I used to be you – On the surface, I was practical and so I felt that settling for less than all I could have, was the wise way to do things.  I was being responsible and all those lovely sounding things and for what?!  To own proudly a life that looked good from the outside but was full of uncertainty, dissatisfaction and debt.

Why not work hard (which I was doing anyway!) for something I actually wanted?

Looking back now, it made no sense to live this half-life for so long and there are all kinds of reasons I can tell myself but all it led to, was me wasting time.

Time that I should not have been wasting.

Time YOU should not be wasting living the wrong life.

And yet you keep doing it as though God/The Universe has commanded that you live this way.

You are the one dictating this, you know!

You could decide today to

You could do all that starting right now.

And you could keep doing it until you worked – adding in all the strategy and such that you need as you learn it.

You could, so why not?

If you have some knowledge, some skill that can be used to support people and you want to figure out hwo to get the word out about it and make money at the same time, then pop on over to RosemaryNonnyKnight.com/90days and let’s figure out how to take it from your head and all that uncertainty into the real world so that you can start to change your life and that of those in your world.

It is time to fight for, to create the life and the business you want.

HOW TO WALK IN REST? I recently noticed an email t

THE RELATIONSHIP DRAMA KEEPS YOU FROM WEALTH It is