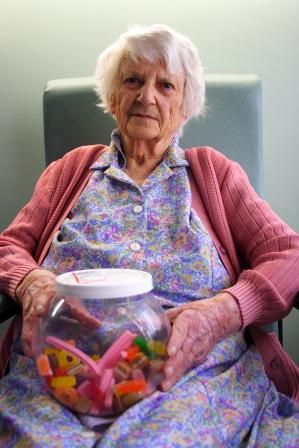 life with no regrets

By Rosemary Nonny KnightNovember 28, 2011Self Development, Writing
No Comments 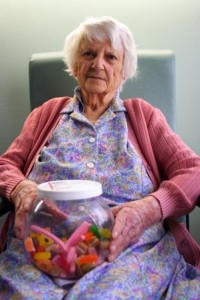 Tolu had come to the end of her days.  She knew it and so did her children who were all gathered round her as she lay in bed too weak to sit up.  She looked around her weakly, wanting to reach out and grab each child, to hug them to herself and make sure they were very aware of her love for them.  She wanted to relive her time, wanting just to reassure and encourage all her loves as she moved on to the next phase of her existence.

She wondered where her husband was, so she quickly blinked and there he was, right next to her, looking down with love in his eyes as he held onto her hand. Her heart felt full of joy and love as she looked round the room, enjoying this last few minutes with her family.

Tolu had lived a full life and looking back in her mind, she had no regrets.  There was a slight bit of darkness seeking to slip into her mind but she refused to let it and just focused on the scene playing out in front of her.

Tolu had married Adam young, against her parent’s wishes but it had all worked out in the end thankfully and here was her incredible husband who had stood by her consistently.  She was sure there had been bad times but at this moment she could not remember any.  The couple had gone on to have four children – 2 boys and 2 girls.  Perfect, she thought – Just the way she had always dreamed it.  And here they stood before her, their faces seemed a bit blurred but she put that down to her failing eyesight.  She was 83 after all.

Tolu carried on thinking back over the years, conjuring up visions of the things she had done, the places she had been.  She could remember starting her first job as a Nurse, after she had finally finished the training she and Adam had struggled to fund.   She remembered working on the wards and then progressing up the ranks in the hospital before getting tired of that, she had moved into training others.  She had become a Nurse amongst nurses as people looked up to her for her wisdom as she helped young people on the first rungs of their career.

In the midst of all her career climbing, she had brought up alongside Adam, her incredible children who had grown up to be amazing friends to each other as well as to her and Adam.  She knew she was blessed.

She had travelled to all manner of exotic places.  She could not completely remember all the detail but she was certain that she had gone to a whole lot of places and that her life had been amazing.  She had no regrets at all.  She was ready to go on to the next part of her journey.  She could feel the light coming for her and she relaxed her way into it.

Empty out your life of all that stifles and holds

You are worthy of the best of everything! Remembe

There I was, a pharmacist and I had failed. I had

Admit That you Feel Resentful. It is time to reins