Jesus – The Greatest Business Man On The Planet?!! 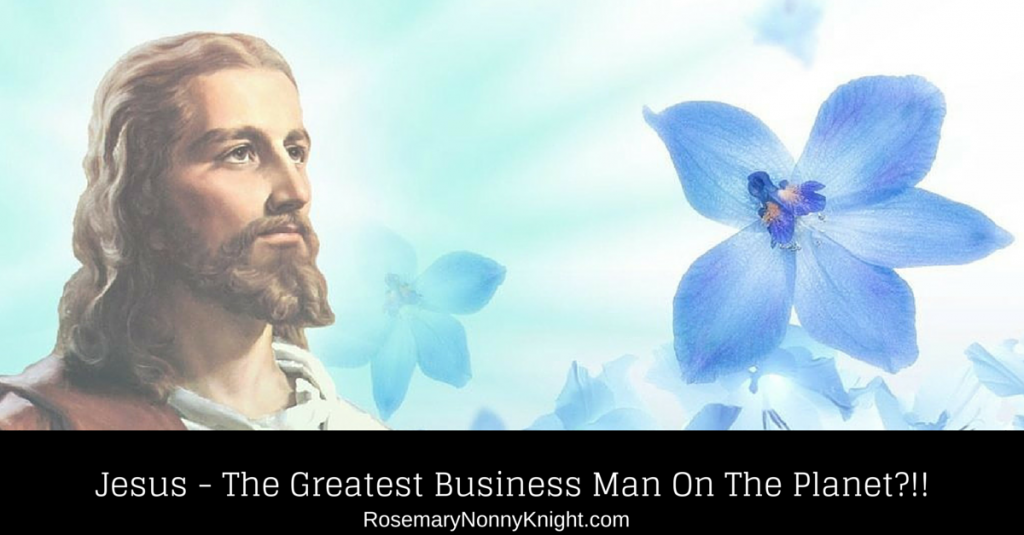 Today, while listening to a book on marketing, the dude mentioned that there was a book out there called – The man nobody knows – or something like that written in 1925.

The thing that got my attention was the fact that it portrayed Jesus as a businessman. Now, this is not completely shocking to me because the more I study business and what works, I see how He embodied that all those years ago.

The thing is, a lot of people would consider that some kind of an abomination. Jesus?! – A BUSINESS MAN! No way, they would say and yet, look at what he did.

Just my opinion, of course, I have not even read the book yet though it is waiting on my kindle at the moment.

So… Jesus as a business man…

Surely you can see it…

He had a HUGE message and using just 12 employees, his message reached THE WHOLE WORLD!!!

In the end, it was the so-called holy of the world who killed him because he was shining a light on their need to control the people with their lies. (Even today, there are those who would keep people down, claiming to love them when really, it is all about control!)

Jesus was no meek, mild lamb – No, He took the world by storm and still to this day, impacts the lives of many! Talk about a legacy business!

OK, off to read the book now…

Maybe, it will be complete blasphemy, who knows?

I know that what I have written above is incomplete but it got you thinking or angry or something, maybe and that is what I want…

And consider this: What if Jesus was the greatest business man that ever lived?

Do you want to generate more leads, double, triple or more your business while working less?  Then take a look at The League of Warriors – RosemaryNonnyKnight.com/league-warriors