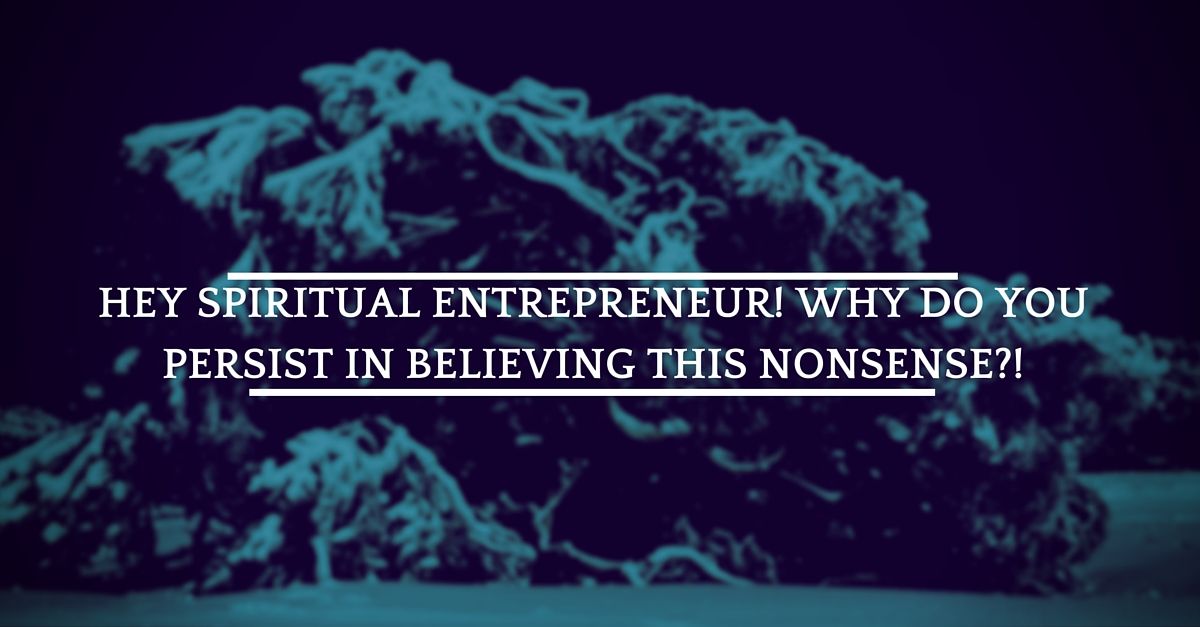 Is God Out To Get You?

By Rosemary Nonny KnightNovember 12, 2015November 14th, 2015Self Development
One Comment

So, I was at dinner tonight as normal people do.  And I got pretty passionate about some stuff!  Pretty DARNED PASSIONATE!

And my subject of passionate ranting (this time!) was…

The fact that some peeps have this God thing all Wrong!

They think they are living to avoid hell and so their life is just some boring, jump through hoops, type of existence that I would not wish on my worst enemy and it is all because they think that this is how they show God that they love Him!  Or more bluntly, it is how they avoid the burning, fiery flames of hell for all eternity!

And then to add insult to injury, some of them even go as far as doling out judgments as though it is their right to do this.  As if because their own life stinks and is plain old boring because they are too scared to do anything because yes, they are trying hard to avoid hell, they think that that now gives them the right to tell everyone else what they are doing wrong and be all nasty about it as well.

And I wonder how anyone can think this is GOD!

The creator of the Universe that loves us all a lot somehow becomes a being of low self-esteem that needs us all to live beneath our potential (POTENTIAL THAT HE GAVE US, I MUST ADD!) in order to make Himself feel good.

Is that love to you?

Somehow, people think God is this devil-like creature that has jealousy issues, that holds everything back ‘for your own good’, that demands a huge amount of time from you each day or week for some spiritual/church event, to do work you hate because it is for the KINGDOM, to be the hated person at work because you have to spread the message in the most obnoxious way, to put your own dreams on hold to make someone else’s vision come alive, to wait until you are given permission by another human being (no less) to step up into your own calling, to give up all your money as some kind of sacrificial giving thing, to generally live half a life waiting until he deigns to speak from the heavens about what you are allowed to do next and so many more horrible things I could mention…

And all this stuff is supposed to come from a God who loves you!

Is it any wonder that a lot of Christians are broke while the pastors who are actually applying the teaching, are well off?  I have nothing against wealthy pastors, I think that is exactly the way it should be for all spiritual people, in fact for ALL people!

But instead of figuring out why things are not working for them, some peeps will just judge the wealthy pastors as being unrighteous in some way.

I believe there are certain laws of the universe and if you apply them, then you create wealth.  Simple.  If you don’t, then you are broke.  Again, simple!

I believe the reason everyone should be wealthy is because the God I Know and LOVE favours EVERYONE!  Those who believe and those who don’t and I get that it seems too much for most Christian peeps to understand because to them, they have to be some special clan that is promised heaven if they deny themselves now and so, how is it possible that everyone gets the favour and love of God!

But we cannot have both a hateful God and a loving God…  Which is it?!

They turn up on Sunday, they say the right words, they pray the right prayer, they go back home and they are just plain broke.  They claim financial prosperity left, right and centre and yet, YET, their finances are just kinda okay and their lives are just barely satisfying.  (though they do not really have the confidence toface the fact that it just does not seem to be working for them because hey, we gotta avoid hell, you know!)

And they have these big ideas and they just do not do anything with it because they think they are not allowed and all the while God/The Universe is waiting for them to step up and move!

But they mask their fear by calling it ‘waiting on God!’!

And all the while, the world is waiting for their particular message…

They wonder why nothing changes…

They wonder when their day will come…

And that moment has always been here, just waiting for them to wake up and DO SOMETHING!

Some of your beliefs NEED TO GO!

Stop blaming God or the ‘bad’ people and start taking ownership of your part in this!

You have to wake up and live because you were put here to live life in abundance not some stifled, rubbish version of life that you persist in maintaining.

Stop judging anyone!  Stop expecting some rescuer to come rescue you!

Enough claiming and decreeing only – Now it is time to step up and declare boldly what you want and do the work to get it.

Because YOU ARE THE ONLY THING IN YOUR OWN WAY!

Trust that if the way you are going is wrong, then the door will remain closed…

But push the stupid door to check at least…

And get to work!

Again, the world is waiting for you to stop begging and pleading for help…

And instead, start saying thank you that abundance is already here and you just need to get clear internally of all your nonsensical thinking and get to work externally, creating a path for this wealth and prosperity to come find you.

It is unlikely while you keep placing yourself under the thumb of someone who is just trying to figure their own way out, as well…

YOU have to choose what you want and start taking action towards it.

And instead of trying to hide from those doubts inside of you, face them!

Do you not think that God is big enough to answer your questions?  OR do you think some bolt of lightning is going to pop down from heaven and blast you right to hell?

Again, is He a God of love or of Hate?

Again, let me remind you that He is not here to steal, kill and destroy!  NO!!!!

He wants you to live life to the full.

So, stop believing lies and get to work making stuff happen.

Your freedom is here for the taking…

You have lived in bondage for too long…

It is time to rediscover God and rediscover you and start to fight for, to create the life and the business you want…

And honey, if you are ready to stop believing lies about God and you really do want to step into the abundance that you kinda know, is available to you then I can help you.

I have been through all types of spiritual bondage, I have been the super-spiritual, ‘holier than thou’, person that judges everyone else and waits for someone else to tell me what to do and I am now super intimate with God and creating wealth (they are not mutually exclusive, you know!) so I get it… I understand completely where you are at and it is time for you to be free to see those dreams and visions for your life come to pass.

Pop over to RosemarynonnyKnight.com/90days and lets have a consultation that will enable me to see where you are at, what you want, what gets in the way and recommend a path for you.

Now is your time!

No drama. . No explanations. . No long drawn out c