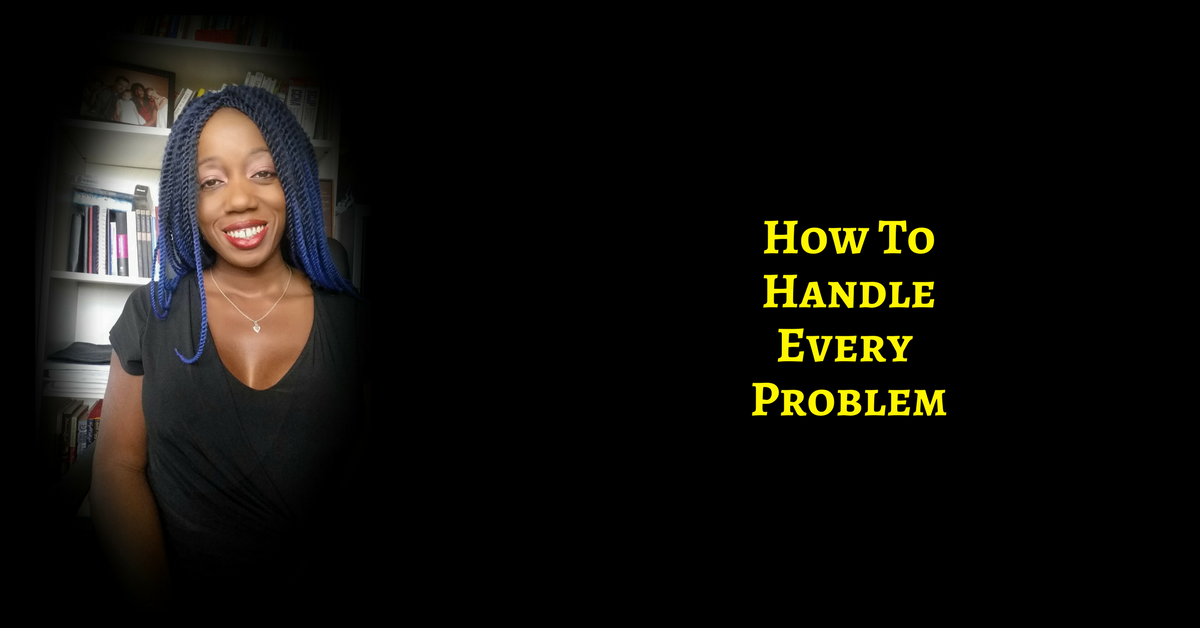 Got Problems? This Is Why They Never Go Away AKA 10 Simple Enough Ways To Solve Them

I know a chic…

She had a problem with debt…

And every moment of every day, she thought up ways to solve this problem…

Maybe, she could work more…

Maybe, she could get a new job and work in her spare time…

Maybe, she could start 3 businesses on the side as she did not know which one would work so why not all of them…

Some days, she could not get out of bed with the weight of it all… except she had to go to work…

Some days, she felt covered in a cloud of despair as she thought and planned and tried to figure out how to get out of the problem…

She suspected that everyone was out to get her in some way and so, she trusted no one.

She felt very alone and she carried the weight of the world on her shoulders as she tried to fix this issue while continuing to take care of her family.

Things did not improve.

It seemed that the harder she worked, the deeper in debt she found herself.

It was a weird kind of magic that worked against her.

She stopped praying, except for those deep pleas asking anything out there to help her as she just did not know how much more of this, she could take.

She had had all these dreams of what her life was to be about but now, all she could think about was how to solve this problem and life just seemed bleak.

Felt absolutely sure that all good things happened to everyone else.

She seemed to be a target for bad stuff.

So, she decided to bury her head and hope not to be spotted again by life.  Just join the ranks of regular people and get through life, paying bills, smiling at the right moments so people thought she was ok and then ultimately, die.

I know another dude…

Found himself in a heckuva lot of debt too…

And together they worked to…

It took time, determination and a shed load of patience (from the dude – because there were times when he really felt that nothing was working and also from the coach as she listened to him working through his sense of victimhood and self-pity, as she had to hold him accountable to his vision when he fell off the wagon, as well as all the times, he openly wondered whether what she was doing with him, was helping anything and if there was any point).

But he stayed the course…

And as though by magic, he got out of debt and became pretty darned liquid, living a life he loved.

Most people are the chic.  Hell, I was the original chic!

That is why problems never go away – All focus is on the problem.

I used debt in this example as a lot of the people I work with, have some kind of money difficulty – Not all, but a lot.

This still applies whether it is relationships, health, work.

Same thing, if you focus on problem, you get more problem.

There is another way.

There is always another way.

If you dare to take it.

Find out more at https://mibusiness.lpages.co/the-abundance-library/ and begin your immersion.

Use this book to grow your full or part time coach

Most of my life, my family considered me different

Everything you desire is within reach. . That is o