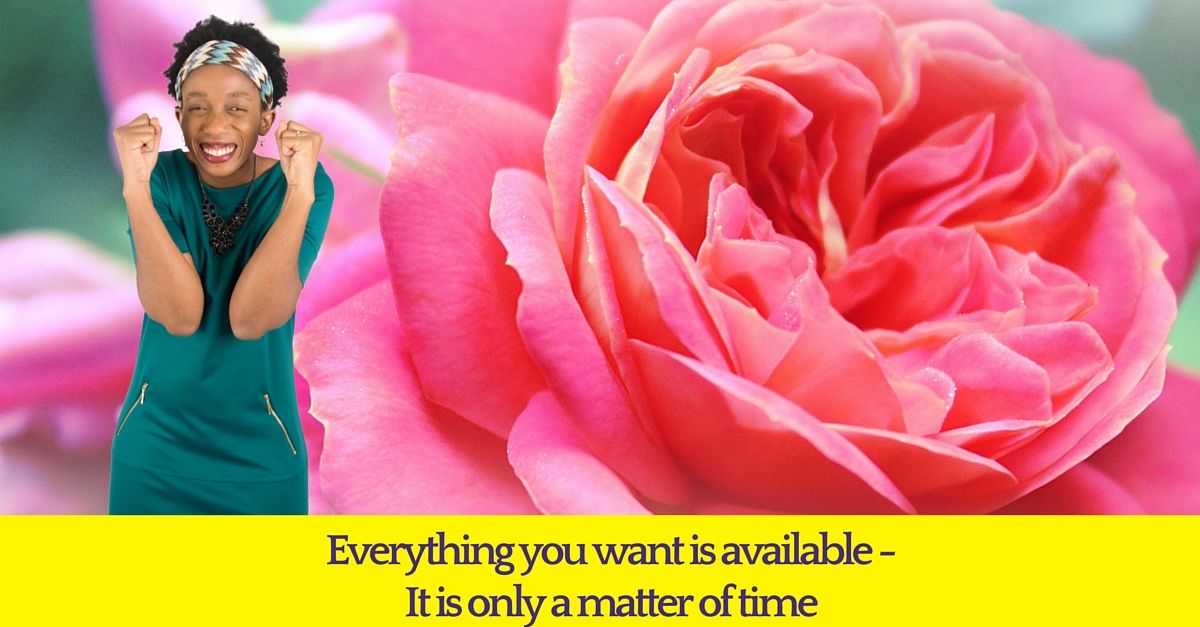 By Rosemary Nonny KnightSeptember 18, 2015Self Development
No Comments

Have you decided to be wealthy?

Are you clear that it is just a matter of time before what is coming to you, appears?

Or is there still a part of you that thinks that you cannot do it?

Not because your bank account is full to the brim right now, but because you have decided that it is going to be and you will not stop until it is.  And honey, this is no time for just doing any old thing to have a little money while hating the way you have to make the money…

Oh no, this is about making a solid decision to do whatever it takes to convert what you envision in your head, into reality.

You watched the story of Chris Gardner, right?

The whole pursuit of happiness thing with the gorgeous Will Smith playing the role?

There he is, with his 2-year-old son, living on the streets because his vision for his success is so real that he is willing to do whatever it takes, to get there.

His wife left him, he had no money for decent childcare, he had no roof over his head – It was a terrible time in his life and one that not many are called to live out – THANK GOD!

And yet, because he had a vision so strong – He KNEW he would overcome or he would die trying and yep, he was taking his son with him.  Most people would start talking about how that was bad for his son and how it was not great parenting and they would use that as an excuse to live a half-life because they are ‘sacrificing’ for the children.

If it feels like a sacrifice then maybe, you should not be doing it!  I know I am being blunt here.

Those who are called to only parenting feel it, they know it in their bones that this is what they must be doing and it is their mission but if you do not feel that certainty and you are just doing it (or ANYTHING, for that matter)  because it is a societal norm, please just stop already.  We can all feel the victimized energy you are giving out and it ain’t pretty!

Own who you are!

Own the vision you have!

And don’t let anyone or anything convince you otherwise.

And I mean this about anything where you feel trapped, stuck, fed up, depressed.

Even if you are in a business you jumped into because you thought it would make you lots of money with very little effort.  Now, you feel as though you may as well go back to work because you hate the things you have to do!  Of course you do!

You never had to do them.

You chose to and you still choose to and we can all feel the desperation and despair coming from you.

Be done with it!

Wealth starts by you knowing that you can create it your way!  Wealth is a way of life! It is not just about the money, it is about the lifestyle you want to go with it.  And all of that is designed first and foremost, in your head.

Get clear on what you want – Very VERY clear!

Make the vision vivid, feel it with every fibre of your being so that even if you hit a few setbacks on your path to wealth, you know that it is just that… a setback – Not the end game.

And then, like Chris Gardner, you keep moving forward with your eyes firmly fixed on the goal.  You speak it into being even when everyone around you thinks you are deluded.  Even when the ones that love you think you should give up.  You refuse to back down, you refuse to say die.

You know that incredible wealth is coming your way, it is just a matter of time.

And then, you start taking solid actions, every action aligned to the person you choose to be, to the end goal you choose to have.

And no, you will not get it right all the time, you get clear as you move.

And at the start, you will have to really push yourself to work pretty darned hard and there will be moments when you wonder if you are, in fact, crazy!  And you will wish that you could just be normal but then you will remember the emptiness of normal, the despair of having a dream and not living it and you will shake that off quickly and keep moving forward.

YOU are done with being less than who you are.  You KNOW there is a reason for the dream in your head so you are determined that it will happen in your lifetime and you will not give up until it does come to pass!

You own this first in your head, then in your words and in your actions.

YOU have to OWN it and YOU have to choose to make it happen.  The whole waiting on providence to bring something good your way is so last century and it did not work then.

Wake up and live!

Imagine it, speak it, DO it!

Fight for, create the life, the business you want.

Do you want to turn what you know into wealth?  Then, I am pretty excited to invite you to pop over to RosemaryNonnyKnight.com/knowledgewealth and let’s make it happen, ok?

Struggling to get customers into your solopreneur purpose-driven business? Pop over and get the free business growth pack – RosemaryNonnyKnight.com/toolkit

There is unlimited power within you, seeking expre

For a very long time, I bought into this idea that

You have judged yourself and found yourself wantin

Everything you desire, will be created from the in