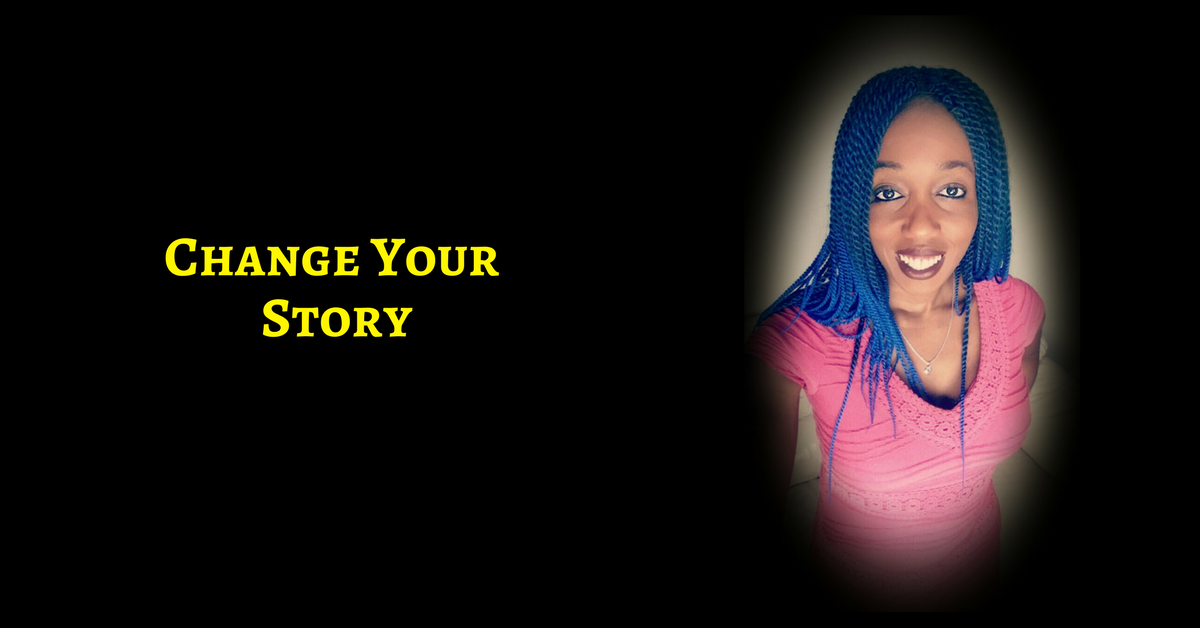 So, I was gonna write a generic post about how YOU SHOULD tell yourself a different story…

YOU SHOULD do this and do that…

All may have been true but I would probably have got your back up.

So, I will confess instead…

Sometimes, I am not the woman I have chosen to be…

For instance, a few days ago, I decided that yesterday was to be the day that I did a one day fast from all things edible.

I get moody when I am not chumping down on food so I wanted to get all spiritual about it and pray instead of snap at the world!

The story continually playing in my head was one of ‘Poor old Rosemary who gets angry when she is hungry and cannot control her snappiness. It is not her poor little fault – It is impossible’

And so the story went.

And because that was the ongoing story in my head, I was an aloof mummy who did not want to engage with her children too much so that she did not snap BECAUSE of course, she HAD TO snap, she was hungry and angry.

Or so the story went.

The thing is, even yesterday I knew I could be cheery…

But the story I told myself repeatedly through the day was that #KnightChics get grumpy when they are hungry and so I was doing well not to be yelling at anyone.

I wanted to hold myself to a higher standard but the story was too real and so I went with the story or tried to argue against the story – Whichever way, I was reacting to a story that I could have changed at any moment.

We all do that, right?

I am not the only one that does it, right?

The thing for me is that I KNOW when I am doing it.

I know when the underlying story I am telling myself is weak because it causes the actions I take to be weak and then the question becomes ‘Rosemary, will you change the story or will you keep living into or reacting against the story?”

You may not know that it is all a story.

You may not realise that you have power over the story you are telling yourself about how you have to react and act and be.

But you would be deluded in that moment of saying that to yourself.

Because reality is not reality at all…

Reality is just a story you tell yourself about the meaning things that happen to you, have…

They interpret it differently.

And that interpretation can be empowering or disempowering.

WE ARE POWERFUL CREATORS, I keep saying but most do not realise just how powerful we can be.

Your whole life is a result of the story you are telling yourself.

If it is not to your liking, you can change the story.

Yesterday, I could have told myself many, many different stories and as a result, changed my reactions to the day…

I could have been the girl who sees the health benefits of fasting and loves the fact that she has the strength to not eat and also to be amazingly cheerful at the same time.

I think I got as far as ‘Has the strength to not eat’ and then it all fizzled out after that.  Ha ha!

I sense some grovelling to my awesome princesses this morning when they awaken.  No, I was not terrible but I think they felt they should stay far away from mummy as the thin veneer of self-control could easily be shattered and CRAZY mummy might erupt from behind the shattered glass.

No one wants that!

I watched ‘THE GREATEST SHOW’ yesterday to take my mind off my lack of food 🙂 I LOVED it!

And PT Barnum, the lead character in it, was telling a story of being the tailor’s son that everyone looked down on and who had to fight to be seen as an equal.  In the process of living out his story, he built a fortune and then did silly things that caused him to lose the fortune and almost his whole family.  All while trying to get the approval of those he despised.

Of course, he sees the error of his STORY at the end and everything gets righted within 2 hours and 10 minutes.

Our lives are not always that tidy.

The stories we tell infect every area of life.

We can choose stories that speak of fun, fulfilment, abundance, FUN

Or we can choose stories that tell of lack, scarcity, struggle and hardship…

And we, fortunately or unfortunately, get to live out the stories.

What if you got deliberate about your story?

What if you carefully constructed a story of your past and present that enabled you to be free?

Most would say – It is what it is and reality is reality.

But it is not true.

That is just a passive way to go through life as though powerless to change anything.

For every sad story you feel you have, there is a more empowering way to look at it.

It takes deliberate design to choose empowerment over the sad story.

“Real, according to who?”

Because EVERY SINGLE situation can be interpreted differently

I mean, I don’t recommend this but read the different newspapers and see how events are told you from the position of each reporter – A big reason why I do not get caught up in all the world event stories.  I just end up buying into people’s stories of what it all means.  Humans struggle to be COMPLETELY objective.

And that can be an advantage, if you use it as such.

You can tell yourself any story and then live into it.

“Everything is working out for my good” is a great generic story to tell yourself, rather than the usual story a lot of people tell –  “Everything is out to get me, better watch my back”

I can tell you how everything IS working out and has always worked out for my good.

Someone else could live my life and it would cripple them emotionally because the story they were telling was one of disempowerment.  You probably would not be listening to that person because the story would have taken them down a VERY DIFFERENT path.

Think about the stories you are telling yourself.

And if you are ready to shift your stories and make something amazing happen then I invite you to come into the ABUNDANCE LIBRARY.

Come immerse yourself in the Deliberate Millionaire Pathway.

Find out all the details at RosemaryNonnyKnight.com/abundancelibrary