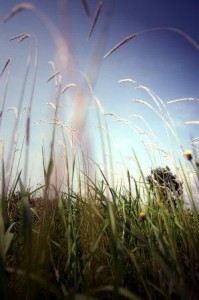 Sam, Jon and Aaron are on the roof and in the meantime below them the miracle worker hearing the noise on top of him, looked up with a smile while his disciples uncertain of what was about to happen, looked up in concern.  Bits of mud and thatch kept falling down on them.  What on earth was going on? They asked each other.  The miracle worker carried on speaking despite their worry.  Finally, a hole appeared in the roof but the digging still continued, the hole increased in size.  The owner of the hut was about to run out to command that they stop but the miracle worker placed a restraining hand on his arm so he sat back down and waited to see what would transpire.

Finally, with everyone below covered in dust, the hole was big enough for Sam and Jon to gingerly lower Aaron down on to the floor at the feet of the miracle worker.

There was a silence. Aaron looked at the Miracle Worker, The Miracle Worker looked at him. Aaron said “Help me, Sir” and the Miracle Worker stretched out his hand and helped him up. Aaron stood up without even thinking about it.  It was as though he had always done it.  He felt strength return to his body as he stood there before the Miracle Worker and tears began to stream down his eyes as the last several years washed away in this incredible moment. In the distance, he could hear the gasps of the people around him and the excited yells of his friends above him.  It was an unreal moment!

Aaron moved his legs.  He actually moved his legs and walked around the room. He waved his arms, his hands, He twisted his waist and everything moved.  It was no longer just in his head, everything actually moved!!!! He started to really weep and rushed back to the miracle worker and grabbed him to hug him tight and say repeatedly “Thank you!” His friends came into the room as well and all three of them stood together hugging each other.

This was the day all their lives changed again!

And finally we reach the end of this story.

The reason I started this story was because it took my fancy as I was reading a commentary on the book of Mark put together by a lady called Heather Coupland.  Suddenly, my mind had visions of the scene as a few guys jumped on the roof of a house and sought to get into it – not for nefarious purposes but because they were determined to help their friend.  Imagine that!

Imagine we all had that determination, to see our goals through, to see our dreams come to pass, to really take action and not stop until what we wanted actually happened.  How different would each of us be?

I have watched first-hand the lack of hope that can occur when a man is cut down in his prime by an accident that leaves him helpless – My father lived that life and it drained him and all the people that lived around him.  It takes a lot of passion to pull oneself out of that hopelessness.  In this case, having friends that helped Aaron made a world of difference because sometimes you just need a little help.

You will notice, I have tried not to overly focus on the miracle at the end of the story but tried to show the qualities required for a miracle to happen.  There is a reason for this because the miracle happened because the people put themselves in the position to receive it.  Whatever your beliefs are, whether you are spiritual or not, there are times unexpected good things happen that multiply your efforts and you will benefit from it, only if you are ready for it and prepared to run with it – Or else like most people around you, you will be passed by.

Aaron and his friends had tried different things over and over but somehow, even though Aaron was about ready to give up, his friends held onto hope for him. Do not ever give up, keep going forward, regardless of setbacks.  Tweak your approach if necessary, but never, ever give up!

Thank you for reading the story.  I look forward to your comments.

This work I do, feels like a calling from the Divi

We are spiritual beings having a human experience.

Be still my soul and listen. . Listen to the power