If you are just joining us, then here is Part 1, Part 2, Part 3 and Part 4.  I would love any constructive feedback and please do share! 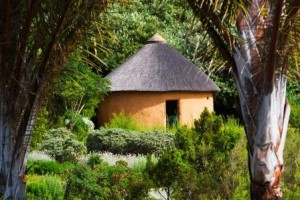 Aaron suddenly got animated as hope surged through the parts of him that could feel anything.  It was more a determination for this part of his life to be over.  ‘Enough was enough’ he was no longer going to live this way.  He would meet this miracle worker or he would ask his friends to leave him at the mercy of the crowd, he would rather die than return to life as it had been.

Aaron began to shout “Miracle worker” at the top of his lungs.  Sam and Jon were startled.  This was the loudest they had heard their friend for a very long time.  Hope surged through them as well as they heard him and they too knew something was different this time. They pushed their way through the crowd, steeping on some toes, pushing others out of the way as they carried their friend to meet the miracle worker. The crowd seemed to rise against them in outrage as finally there were people standing tightly packed ahead of them that refused to let them through.

The thought returned to Aaron again – The roof!  It seemed crazy to consider this and there was a crowd of people all round the house, staying in place like a vice preventing the door or windows from being reached by anyone else.  Still the thought remained in his mind so he mentioned it to his friends.  They too looked up and thought if they could get to the roof, they definitely could dismantle enough of it to let Aaron through – After all they had been part of building a few of those roofs in their time.  They knew the weak spots.  They just hope the homeowner did not set upon them with a spear for demolishing their roof (It is after all, what they would do if anyone dared to do to their homes what they had in mind)

With renewed vigour, they walked around the building looking for an opening. After walking around for a little while, they noticed at the back of the building a part in the crowd that did not seem as strong, there was a child with her mother who smiled at them as they walked past.  They decided to ask nicely if they would let them through.  It turned out that the child was not only with her mother but in front of them, was their family – a big family.  They had been following this miracle worker for a while and had experienced some healing at his hands. With generous hearts, the family let them through.

On getting to the outside of the back of the house, Sam looked around for something to use to climb up the roof.  Thankfully there was a ledge, usually used by the homeowner to repair any damage to the roof periodically, just on the wall.  It seemed like now that they were determined, everything was working in their favour.  They untangled the ropes from around their shoulders and placed the stretcher on the floor.  The ropes, that had been used to secure Aaron to his friends, were tied to the stretcher in such a way as to be able to lift Aaron up after they made the climb themselves. 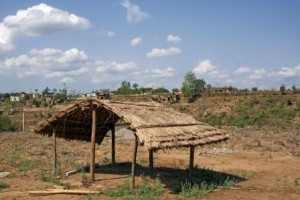 Sam went first and gingerly climbed up to the roof.  People looked on, wondering what on earth he was doing. He ignored everyone. Jon threw the ropes up to him and then proceeded to climb himself. It was hard work but finally they both made it up with the ropes.  Now they needed to lift Aaron up while remaining in control of their footing. This was the interesting part. They both sat down and dug their feet into the roof while pulling hard on the ropes.  It was gruelling business lifting their friend who was like a dead weight.  They would get so far and then one of their hands would get too slippery and Aaron would fall back down to the ground.  Full of determination and a refusal to look silly in front of all these people who were now spending a lot of time looking on in disbelief at the audacity of these two young men, Sam and Jon carried on pulling until finally with the help of a member of the family that had let them through, they managed to pull Aaron up to the roof.

Sam and Jon were elated they had got this far and then they took a quick break to regain some energy.  Ten minutes later, the next phase of their plan was implemented.  Using the knives they had forged themselves on reaching manhood, they dug into the roof, cutting through the thatch and digging out mud until a hole began to be formed.  They carried on cutting and digging…

Now on to the final part of Aaron’s Story