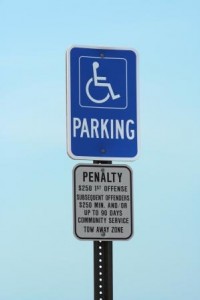 Aaron awakens to see his friends looking down at him.  He looks around, trying to get his bearings and realises he is at the bottom of the tall tree.  At first, he thanks his lucky stars that he is still alive but then he glances again at his friends’ faces and notices that they are looking somewhat worried.  He cannot feel any pain, just a dull ache in his head and then he tries to get up but he cannot quite make his body obey.  He tries again and still nothing.  At this point, he starts to feel worried and looks down at himself.  He notices that his legs are at a weird angle, as are his arms.  Aaron feels too scared to yell.  He just quietly feels the tears begin to well up in his eyes and stream slowly down his face.

Sam and Jon begin to speak urgently to him, explaining that they will go to the village and get their fathers to come and get him.  They ask him not to move and he wants to yell that he couldn’t even if he wanted to, but it is too horrifying to acknowledge so he just stares at them.  His mind flashes to the old man in the village who recently died.  He too had been unable to move and had always been left sitting out at the front of his hut, looking like a fool, unable to move, with nothing of interest to say.  He felt himself begin to cry even harder as he contemplated that this could be his fate, but he would not give up without a fight so he tried again and again to move but nothing, just nothing happened.  He longed to feel more pain, anything to show that it was all a dream and this was not happening to him.

Aaron lost track of the time as he lay there until finally, his father arrived.  With an anguished yell, he fell upon his son while the other men of the village quickly prepared a stretcher out of palm fronds and branches.  They gently lifted him onto the makeshift stretcher and carried him to the village where he saw his mother wailing with the women.

This was the day his life changed.

Even then, he had known that life as it had been, was over.  And now, fifteen years later, life had definitely changed for him. He had gone from being one of the popular boys to being the one that everyone tried to pretend they could not see.  The other children in the village avoided him like the plague, even when he had tried to call out to them, they had come over but would never meet his eye.  He knew what they were thinking as they looked at his lifeless body, He once had thought the same things.  Thankfully, his two friends Sam and Jon, made the effort to spend time with him and they tried to pretend all was the same but they all knew it was not.  To start with, they had not wanted to leave his side but Aaron and their parents had made sure that their lives had not ended too.

Aaron, Sam and Jon still spent a lot of time together but obviously their activities were different when all three were together.  At this point, Sam and Jon each had a fiancé that they had been partnered with by the elders.  Their life was moving forward in most ways whereas Aaron was trapped in a body he no longer wanted and could no longer control.

WHEN YOU START TO LIVE YOUR CALLING... It feels we

For so long, I dishonoured myself. . I allowed mys

How to Stop Living From Paycheck To Paycheck. It i

. How you have shown up to date, has created your