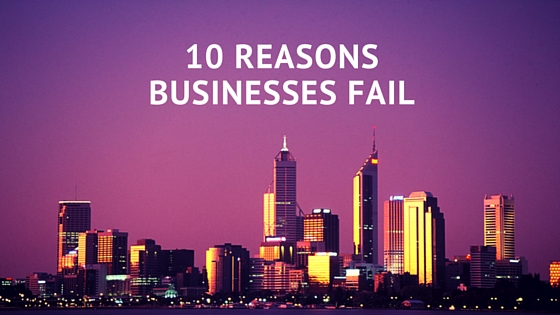 In my last article I talked about the importance of blue sky thinking – waxing lyrical about how we need to push through the clouds of negativity into the azure so we can see clearly and far into the distance.

I still think it’s crucially important that you take the time to do that. And as I mentioned – if you need some help to do so please just hit the reply button.

But I wanted to balance that message of sunshine and hope with something a little more grounded.

In order to get things off the ground we need to be able to tap into that place of vision and clarity, asking ourselves questions like “what is it I really want to achieve?” and of course “why?”. Working through your hopes and dreams without being unduly distracted by clouds of negativity or pragmatism is an important process.

But at some point we also need to ask the question “what if it all goes wrong?”

You can do that right now if you want. Do you have an answer? A backup plan in case some critical aspect of your business begins to fail?

Prepare for success – plan for failure

Maybe you have a vague sense of having some other ideas or plans lined-up should you need them. Or maybe you figure that you shouldn’t even have a Plan-B because if you do, it means you’re not focused enough on making Plan-A work!

Whatever it is. I’m here today to reaffirm the old adage (commonly attributed to Capt. Ed Murphy, AKA Murphy’s Law) that “whatever can go wrong, will go wrong.”

As laws go – it’s not particularly reliable. Not like gravity for instance. But it’s a useful perspective to keep in mind, alongside the powerful why and sense of purpose or vision for your business. As a responsible business person it behooves you to ask yourself the question: “What will I do if things go wrong?”

It can be difficult to predict what things might go wrong in your business. But there’s a tool that might help to usefully frame this question and come up with some actionable results.

When someone dies, medical professionals will often carry out a post-mortem to try to figure out what the cause of death was and how it might be prevented in the future.

What we’re looking to do is carry out a similar process, but do it ahead of time. We want to know what the things are that might cause the death of a business, and how those things can be mitigated or prevented entirely. We want to carry out a pre-mortem.

The idea of a business or project pre-mortem was suggested by a guy called Gary Klein in his 2003 book – The Power of Intuition. In it he goes into a lot of detail about the kind of planning and steps that might be involved in carrying out this exercise. I’ll leave you to go away and read the book yourself if you’re interested in learning more about it than I’m going to write here. In my opinion it basically all boils down to this:

Imagine the things that could go wrong with your business, then figure out what you can do to prevent or mitigate them if and when they ever happen.

What – you want examples?

Ok, so with the kinds of people we generally deal with – there are some common failure patterns that I suggest folk think about. Here they are:

How did you get on with those? Do you recognise any of those as possible issues in your business?

The ailments I’ve described above probably wouldn’t be life-threatening in isolation. But in a situation where there’s two or three of them combined, things can get terminal in a hurry.

If you recognise some of the challenges in your own business, it might be time to call the doctor. (Hint. Click REPLY! :-))

Alternatively, why not just sign-up for a 90 minute daily business workout?